Out of the mouths of babes (or little girls) ...

Maddy, while praying: Please bless the snow, when it's up in heaven, that it will have fun.
*********
Cady: Mom, when you were born, back in the olden days, were you born in a hospital?
*********
Maddy: Mommy, why do you love me? Is it because I sing really pretty?
Me: Well, honey, I love you because you're mine and because Heavenly Father gave you to me. I love you because I carried you in my tummy and because you're a daughter of God.
Maddy: And because I sing really pretty?
Me: Yes, that too, honey.
*********
Maddy, while riding in the car: MOM!! I just saw a car with NO LID!!
Posted by The Mechlings at 6:46 PM 1 comment:

Two weeks ago, Cady turned the big S-I-X!! Woo Hoo!! Her "party" this year was to take a friend to the Build-a-Bear Workshop, so the Saturday before the big day I traveled with two very excited little girls down to Greenville (the closest Workshop). Neither Cady nor I had had the Build-a-Bear experience before so it was new and so so fun!! 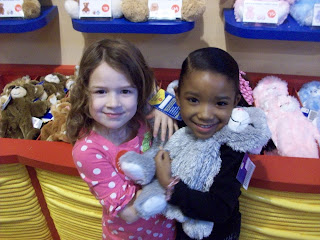 First, the girls debated and debated with animal to choose: bunny or bear or cat? They decided on cats and started down the assembly line of stuffing, "bathing" and choosing outfits. Their kitties matched in every way, down to their identical kitty iPods. 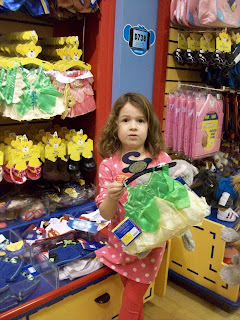 "What do you think of THIS outfit?" 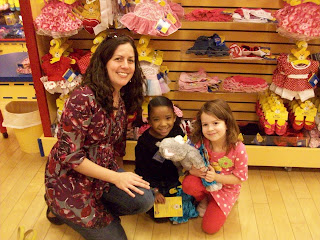 I was there too, and actually made it into a picture for once!
Posted by The Mechlings at 5:09 PM 2 comments:

Lately it seems that Maddy is quite interested in Darth Vader. She wants to be Darth Vader for Halloween this year and has assigned all the rest of us Star Wars related roles. Luckily, since I'm the mom, I get to be Queen Amidala and Cady claimed the Princess Leia role without any argument.

And this was tonight's conversation ...
Maddy: Mommy, I know where I want to go for my birthday this year (probably brought on by the fact that we are taking Cady to Build-a-Bear Workshop for HER birthday tomorrow).
Me: Where, honey?
Maddy: Disney World!
Me: Uh, that's an interesting idea.
Maddy: Because I want to see where Darth Vader lives!
I didn't have the heart to tell her that he doesn't live in Disney World.
Posted by The Mechlings at 5:28 PM 2 comments:

Looking at the pictures below may lead one to believe otherwise, but YES, we are in South Carolina!! We have had 2 fairly significant (for here) snows in the past few weeks and it's been AWESOME, in my opinion.
The first storm arrived on Christmas night. We had spent part of Christmas afternoon with some good friends in Greenville and, while we were there, a light snow started. By the time we left after dinner, it was sticking on the ground and the kids were getting EX-CI-TED!!! At the same time, we were a little nervous as Nana and Pat were racing down from Maryland, trying to beat the snow. They arrived around midnight, and there was already about 2" on the ground, which became 3" or so by morning, enough to make a snowman! The girls enlisted Pat to go out with them and they got to work! 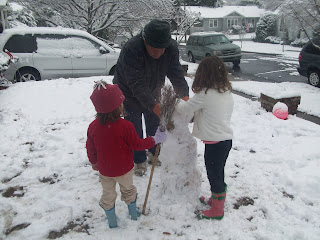 We'd only been back in school after Christmas vacation for a few days when the weather forecasters started talking about another storm, more significant than the first. It started snowing very early Monday morning and snowed most of the day, dumping about 6" of pristine, powdery snow on the ground. So yesterday, we went out while the snow was still falling and played a bit. It was such dry snow, however, that it was hard to do too much WITH it! 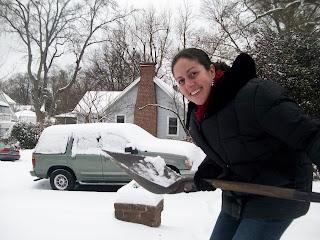 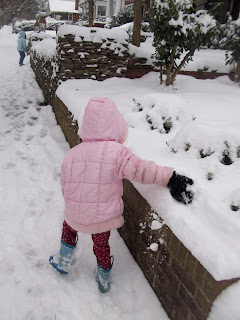 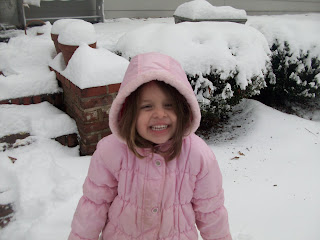 Last night, we could hear the sleet falling all night and we awoke to a good 1/2 inch of ice coating everything! So today was a very "crunchy" day to play outside but actually more fun than yesterday. Tire tracks on our street made perfect sledding paths ... our neighbor contibuted a cookie sheet and off Cady went!! A lot of the fun was just pulling up HUGE ice chunks and throwing them down to shatter on the ice sheet that is our yard. 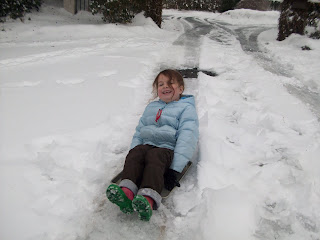 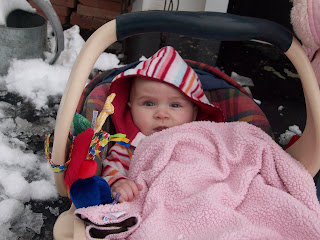 Baylee came out for a while too! 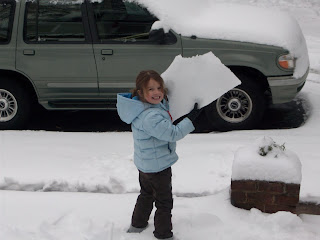 Looking forward to more fun tomorrow, since school is canceled for the third day in a row!
Posted by The Mechlings at 4:42 PM 2 comments:

the cake says it ALL 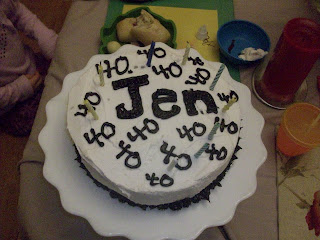 The cake DOES say it all but, for posterity's sake (for the day when I have all these blog entries made into a book), I'll just say a little more!

This year, my birthday fell on Thanksgiving so our dessert menu consisted of pumpkin pie (thanks to the Felty's), creme brulee (thanks to Ray) AND birthday cake. Ray, with his usual good humor, decorated the cake and gave me a sympathy card instead of a birthday card. The message was actually quite fitting! 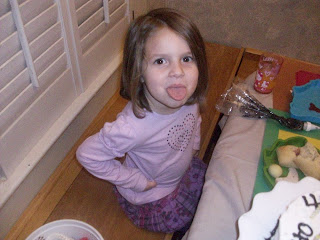 Maddy sums up how I feel about turning 40 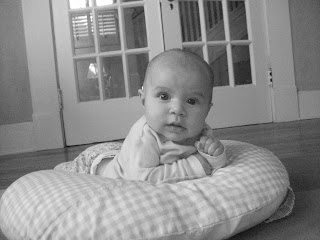 Our little Baylee Rae turned 4 months yesterday. She is really getting FUN!! She smiles all the time and wriggles in glee when I come into her room in the morning or after a nap. Her legs are getting CHUNKY and I just want to give her a big squeeze every time I see her. She weighed in at the doctor's today ... 16 lbs., 11 oz.!! 95th %ile!

We love our sweet girl ... and I love that she has NO interest in the pacifier. Finally, a child who does not require me to hunt high and low for the paccie at those frantic bedtimes. She happily sucks on any of her fingers, really, but her thumb or pointer/middle finger combo seem to be the favorites.

We think she may be teething. Ray cut 4 teeth when he was 4 months old so she apparently is genetically predisposed to get teeth early. We'll see!

Day at the Museum 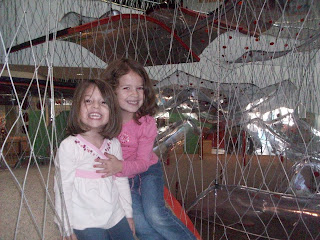 For the Thanksgiving holiday, Ray's parents came to town and on Wednesday (the day before Thanksgiving) Grandma Weezie took all the girls to Greenville to the Children's Museum of the Upstate. Cady had been once before and did a great job selling it to Maddy so we were all excited! And it was a perfect day to go because, since it was a vacation day for schools, there were no herds of children there on field trips. Just lots of kids with their parents and grandparents, just like us! 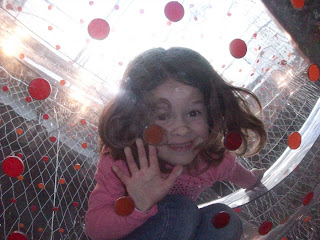 This place is chock full of hands on things for kids to play/experiment with but the favorites were definitely the mini-grocery store and the mini-farm. 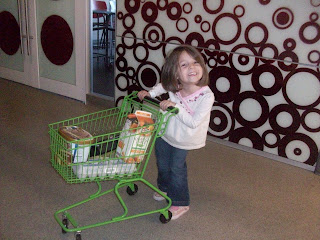 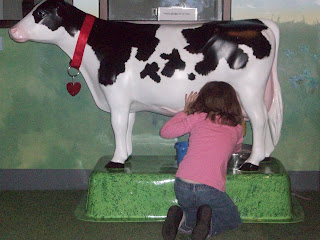 The cow with a working udder (with water) was a huge hit! 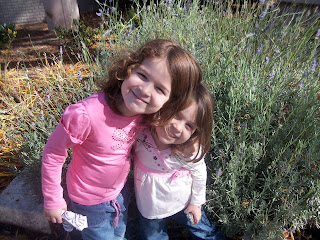 I can never get enough "sister pictures"! 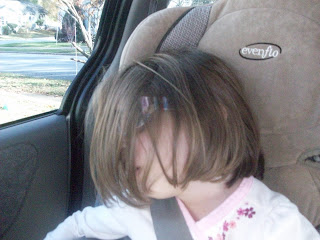 It was so much fun, Maddy konked out on the way home ... can you see her sunglasses under there? 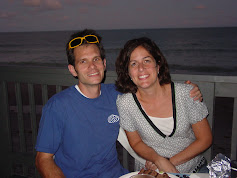 at the beach in Garden City 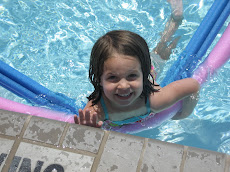